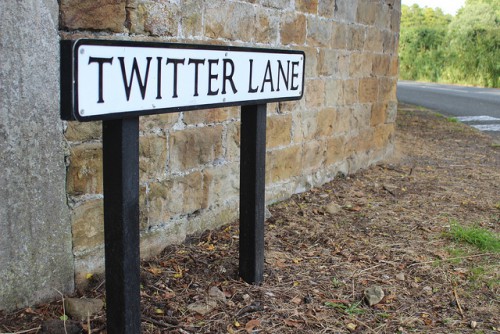 I was, until recently, a Twitter virgin. Shameful, I know, but for all my Web 2.0 wisdom, Twitter had long seemed like a strange, foreign land, full of tweets and hashtags, trending and linking. Friends of mine would sometimes travel there, even perhaps choose to stay, but when they invited me along to the wild climes of the Twitterverse, I would politely decline. After all, I reasoned to myself, what could I possibly say in one hundred and forty measly characters?

However, when I started my PhD back in October, I soon began to hear of a strange twist on the Twitter game. Some people, it seemed, were using it to promote their research, and shock horror it seemed to be working. I heard stories of people finding jobs, opportunities, and connections. But still I kept my distance from the Twittersphere, always wondering in the back of my mind whether it wasn’t time to get involved.

In the end, all the encouragement I needed was a Wolfson Research Exchange workshop, run by the veritable foundation of experience that is Charlotte Mathieson.

The workshop was split into two halves, a practical session to get us onto Twitter and tweeting like pros, and then a discussion of the possible uses and issues of this exciting new toy. Signing up for Twitter was simple, and after a few clicks here and there, we were all soon taking our first 140-character steps. Soon I was following everyone whom I had ever met or remotely heard of, academic or otherwise, and tweeting my every thought, which usually considered of something like i’m on Twitter. Woah. Of course, Charlotte is herself an avid Twitter-er, with, at my last count, just under forteen hundred tweets, so she knew all the tricks and shortcuts. Seen something you want to pass on? Retweet it. Want to squeeze in a link to a webpage? Shorten that URL. I soon found myself gleefully using hashes, probably for the first time outside of an automated telephone service. #ifinallyunderstandwhatthismeans

After a quick break for tea, coffee, and further tweeting, the group sat down with Charlotte and Peter Murphy to exchange our thoughts on and first-impressions of the strange world of Twitter. The biggest theme was how to best utilise Twitter to help our own research, disseminate our ideas, and get in touch with those people who would want to hear what exactly we were up to. There were some simple tips here: make sure to tweet regularly, to keep things coherent, and perhaps most of all, follow if you want to be followed. In the end, we all felt that Twitter was just a new form of blogging, with many of the same advantages and risks. Some people asked whether there was any danger of having their ideas stolen, perhaps one of the nightmares of the hardworking research student. Others raised concerns about the time needed to plough through the many tweets floating around, not to mention devising your own scintillating contributions. The problem of balancing the personal and the professional was another worry discussed. Ultimately, it was a case of practice and discretion. Twitter is a great tool, but it can be easily abused. Done properly, however, it’s a gateway to a new and exciting way of networking. Your next collaborator, inspiration or mentor might be only 140 characters away.

Since the workshop, I have found myself wandering through the Twitterverse with relish. Quite simply, there is a whole world to discover, and I personally have only scratched the surface. Perhaps my biggest problem has been finding things to tweet about: whereas with Facebook I was recommending videos of cats and commenting on the weather, Twitter was different. Here I actually wanted to give my avid followers (nineteen so far, not quite the fourteen and a half million who follow social critic Kim Kardashian) something to think about, some proper academic sustenance. After a while, however, I realised that it was really about reflecting the ups and downs, ins and outs of research, about creating your own narrative of PhD life. That might sound a little heavy: in the end, Twitter is really just a way of chatting to the world, and if the world thinks your research is the best thing since bread came sliced, then so be it. Tweet, tweet away. The Twitterverse is waiting.

Oh, and by the way, just sayin’, nudge nudge wink wink, you can follow me @ThomasBray12, and even better, you can follow the Research Exchange @Researchex. #averygoodideaindeed