Last week, I helped out at a Dissertation Station event, where I was asked to talk about two difficulties I had when I was doing my Masters.  I spoke about supervision (because of course that was a problem even back then) and the trouble I had in keeping my word count down to the measly limit.  I only managed to solve the word count issue by adding nine (count ’em!) appendices…but that’s another story.

One of the Masters students at the event was concerned about how much she should read before starting to write, and I’ve been thinking about that ever since.  Because in the process of doing this PhD, I’ve read huge amounts of stuff that will probably only make up about one paragraph of the thesis.  For example, I read loads on epistemological standpoints, just to be confident in writing that I am something of a social constructivist.  I read a lot about auto-ethnography, just so that I could write that I’m not doing that.  Observation, interviews, documentary research, case studies… all these readings have been put into my notes – pages and pages of notes – and I now realise that I might have read a little bit too much! 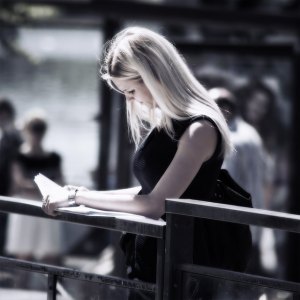 I think it comes down to fear, as ever.  Because I have a terror of just not knowing enough, and of having to wear a great big dunce’s hat at the end of my viva.  Imagine if my lack of knowledge on narrative analysis resulted in a fail?!  I don’t know if this is something common to lots of PhD students, but I imagine it might be – after all, the so-called imposter syndrome seems to afflict loads of us, and I’m sure that must basically be a fear that our lack of proper knowledge will be found out at some point.

So how much reading is enough?  I suppose I’m never going to know the answer to that, especially as the more I read, the more I find that I haven’t read yet… It’s like a cycle that never ends.  This week, I’ve been reading about the rise of man-midwifery over the past several centuries – and I’m not sure how – or even if – that will appear anywhere in the thesis.  But hey, I’m sure I can slip it into the viva somewhere, maybe as a handy diversion tactic if I get asked questions on something I just don’t know about!

2 thoughts on “Knowing when to stop | Bernie”

With love for Research

Molding Research in the mainstream