Many of our bloggers have written about the benefits of attending academic and professional conferences, and we’re always happy happy to hear about your experiences. Peter shared his impressions from the LSE’s Emerging markets Forum…

On Friday 4th and Saturday 5th March I was very pleased to attend the LSE’s Emerging Markets Forum. It was in its 7th year and clearly has gained a very high status because the array of speakers was amazing. Apparently over 2500 people applied to attend and so to be one of the selected 240 based on the strength of my CV was very gratifying. Although most delegates seemed to be from LSE, many others had come from around the world to be there. 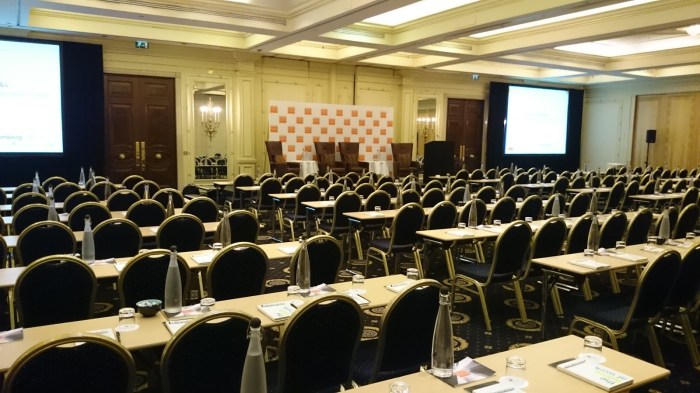 What about the content? Macroeconomics, central banking policy, private equity investing, foreign policy, risk management, real estate, even the art market… a wide range of topics. All delivered with real insight and depth. The content was better than at any conference I can remember. The highlight was the presentation given by Dr Pippa Malmgren followed by the panel on security, risk management and defence — truly insightful and stimulating sessions! It was clear that this was no ordinary university conference. Sponsors included the London Stock Exchange, Bloomberg and Singapore’s Sovereign Wealth Fund GIC. Speakers included the CEO of London Stock Exchange, a successful Wall St trader and author, and a special assistant to the US President. Even the panellists were distinguished, including several founders of investment management companies, partners of Big 4 consultants, the Chief of the Defence Staff, and various CEOs and Chairmen of well-recognised companies. Although most attendees were students it was clear that these too were out of the ordinary – for example the dress code was business, not even business casual. Fortunately I had checked out photos from previous years’ conferences!

What could have been improved? Since the majority of the delegates were students I was one of the older attendees; my age appeared to be offputting to some, who did not want to talk. Since most delegates were from LSE and similar finance-focused London universities, there was sometimes a cliquey feeling of “London elite vs. the provinces”. The hotel venue, although very upscale, did not have very good circulation space outside the meeting rooms and the provision of food was not done well. And the agenda topics, while no doubt exactly what LSE students would wish for, were almost exclusively restricted to the financial aspects of emerging markets (especially China); I would go further and say that they were focused on how to make money from emerging markets.

This latter point was important for me. My passion, making medicines easier to take for the people in resource-poor areas of sub-Saharan Africa, did not really fit into the EMF context. There was only one session relating to healthcare, a breakout on vaccination by GAVI. There was nothing on education, on civil society, on CSR, on progress against MDGs/SDGs, on generally improving the plight of the poor in the developing world. Yet my experience of working in such countries is that the companies who do best are those who invest in the development of the country in advance of and in parallel with their commercial activities. The Foundations of these companies visibly and significantly contribute to national development and so position the companies’ commercial activities in a positive light. To ignore this is to ignore a major successful way of working in emerging markets.

But perhaps this is looking at the problem in too much detail. Much of the conference was about investing and engaging in ways that generate high income – M&A, investment banking, private equity, real estate – without thinking about the behaviour of the invested-in companies themselves. In other words, more to do with city trading than running a company in a way that supports and develops the countries in which it operates. Or to put it crudely, how to make money on the back of emerging markets.

So was it valuable? Yes! I learned a lot. I met some very interesting people. And I saw a level of intelligence, skills and experience in students that is very rare. But I also felt somewhat isolated as a result of my lack of hard-nosed money-making instincts. I wished for a more caring approach to emerging markets which recognised the need to bring some benefit to them, making money with them rather than from them. Does that make me an idealistic 54-year-old? I would have expected the young students to be the idealists, but I don’t think I saw much of that. Do I therefore assume all LSE students are the same? No, I’ve worked with some and coached others and know it’s not the case. But at the 8th EMF I’d love to see a greater recognition of the opportunities that business has to help the people living in emerging markets and somewhat less of the attitude that emerging markets are there to be exploited for personal gain. Is that too much to ask?

I tweeted extensively from the EMF, one of surprisingly few who did, and I’m not from the digital native generation! Amazingly the Twitter hashtag was not promoted at the conference and I had to ask for it, but you can find them in the mix under the hashtag #LSEEMF.

Peter is studying for a PhD with Professor Irene Ng, Director of IIPSI, and Professor Janet Godsell, both of WMG. The topic for Peter’s PhD is consumer-driven supply chains under the question “Why do some consumers use products correctly while others do not? The case of patient adherence in sub-Saharan Africa”. He has a passion for making a difference in sub-Saharan Africa and has delivered several projects in Africa including in Ghana

and Rwanda (iTSCi), and most recently Zambia

molding Research in the mainstream