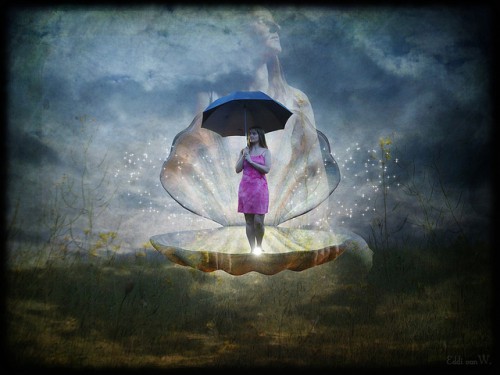 It’s now just under five months until this whole process will be over.  Well, I say the whole process, but actually that doesn’t include the very grown up bit where I have to defend the thesis.  I’d like to approach that in the same way that I approached childbirth back in the days before I was a midwife: I had a book about being pregnant and giving birth, and I deliberately refused to look at the ‘birth’ chapter until I was about 38 weeks pregnant.  Some people might call this denial, but I preferred to think of it as ‘not worrying about it until the time when I would need to’.

In actual fact, that proved a good way to proceed in my case, and I had a lovely birth (yes, really).  I’d very much like to do the same thing with the viva: if I could just write the thesis (the being pregnant bit), and then think about the viva (birth) afterwards, that would be perfect.  Sadly, that’s not possible, as there appear to be some HUGE decisions to be made about who my external examiner should be.

This dilemma stems largely from the interdisciplinary nature of the study: I could have an external examiner from any one of several areas – midwifery, business school, or sociology – potentially.  The problem is that some part of the research will be unknown to any one of them.  This has been a thinking point for me over the past few months, particularly since the panel at my completion review said it might be appropriate for me to have somebody from midwifery, something I had not considered a possibility up until that point.  As I wrote at the time, I was uncertain as to how I felt about spending three years in a business school, only to go back to midwifery for the viva.

But last week, I had a good conversation with a midwifery professor, in which she asked me where I wanted the research to end up.  I immediately said, ‘midwifery, of course’, at which point she just smiled and said, ‘Well, there’s your answer, then’.  And she was right – for the centre of the thesis to be properly understood, I guess it would be ideal to have someone from the world I’m writing about.  And I suppose a midwife is less likely to say, ‘Midwives?  They’re just like nurses, aren’t they?’

And now that I feel the decision has been reached, can I go back to enjoying the pregnancy, and I’ll worry about the birth nearer the time?

This post was originally published on the PhD Life Blog in 2012.